NOTE: If your story is chosen to be published, our editor, Andrea, will email you with an additional release for the publisher, New Page Books. And you will receive a free copy of the book! 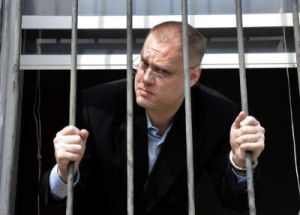 I'm Joshua P. Warren, paranormal investigator, radio host, and author of many books regarding the strange and unusual. This page was created to gather stories for one of my upcoming books, called CREEPY LITTLE TALES. I want to collect true stories from, or about, those who have encountered the paranormal and publish them in a tidy little collection. They can be about ghosts, UFOs, cryptids, angels, spirits, almost anything mysterious. There are only 2 rules:

1. Each true story should be no more than a few paragraphs long.

2. I would like each one to end by sending a chill down the reader's spine!

It's okay if you're not a good writer or speller. I'll be personally selecting and editing the ones I like, polishing up the writing (even if that means doing a total re-write). And if yours gets picked for the book, I'll send you a free, signed copy once it's published. The form to submit your story is below. But first, to give you an example of what I want, here's a CREEPY LITTLE TALE by me . . .

In 2002, in northern Connecticut, a 34-year old brunette, named Jennifer Styles, found herself in a chilling position. I'm a well-known "ghost hunter," so she called me after a night of paralyzing fear. Jennifer had recently gone through a bad breakup, and was searching for a new place to live. She worked at a law firm, and when a co-worker named Toby heard of her situation, he suggested she rent a house he had recently inherited. It was a 3-story farmhouse in the countryside.

"Why don't you live there?" she inquired.

"Because it's haunted!" he said. The one night he tried to sleep there, he kept hearing footsteps on the long staircase. Jennifer had no fear, and quickly took the amazing deal he offered.

The first night, all was well. Jennifer slept in the big bed on the third floor. There was nothing spooky, but at exactly 2am, she shot up in bed suddenly wide awake. After a few minutes, she went back to sleep. The second night, the exact same thing happened at 2 am. Upon hearing of this, Toby became curious. He loaned her a video camera and suggested she set it up while she sleep. The third night, as video was rolling, the same event occurred. She shot up at 2am, then went back to sleep.

The next day, after returning from work, Jennifer rewound the video and watched it. The footage was stunning. In the green night shot, you can see her relaxed, slumbering away. Then at 1:58am, a tall, dark, hooded figure, appears to the left of the frame, and silently glides up to her bedside. It leans over her, like the grim reaper, as she sleeps. It quietly watches her until 1:59am, and then glides away. At 2am, Jennifer, wide and wild-eyed, shoots up in bed. Who are these black phantoms? And why do they watch us when we sleep?

Okay, that's an example of a true, CREEPY LITTLE TALE! Now let's hear yours. Just fill out the form below, scrolling down to see each information field. We'll let you know if it gets picked. Thank you for sharing your story!