Jimmy Atkins Released a New Song About the Lights! Click HERE to listen! 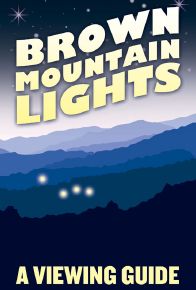 This footage was shot, via 3rd Generation Night Vision technology, by Dean Warsing (check out www.UFOnightShift.com) on October 13, 2009. These clips were enhanced by Brian Irish with the assistance of Christopher McCollum. To understand why this is important, please watch the episode titled Mystery Lights on the program Paranatural on the National Geographic Channel. Our episode will debut on Monday, March 1, 9pm east coast (New York) time. It might replay a few times that week, as well.

Brown Mountain is a long, low-lying ridge on the border of Burke and Caldwell counties in Western North Carolina. Most of it belongs to the Pisgah National Forest. For perhaps 800 years or more, ghostly lights have been seen flaring and creeping along, and below, the ridge at night.

Some of the earliest reports came from Cherokee and Catawba Indians, settlers, and Civil War soldiers. Thousands have witnessed the spectacle, which is ongoing to this day. The lights have been investigated three times by the United States government, and countless times by private groups.

The eerie illuminations capture the imagination of those who see them, and were even featured in a 1999 episode of The X-Files.

New video of the lights captured! Click the VIDEO FOOTAGE section above.

Report on the Cause of the Lights: Click HERE

For results from our Public Viewing of the Brown Mountain Lights on October 2, 2004, click HERE.