Site search Web search
Are you BROKE? Check out Warren's New Experiment: www.MoneyScienceWorks.com
The UFO I Saw Over Laughlin 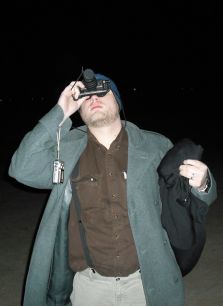 Warren in the field using night vision (note: cap is on in this pic to prevent camera flash from damaging unit)

In February, 2009, I spoke at the International UFO Congress in Laughlin, Nevada. On the night of Monday, February 23, 2009, I went into the desert, outside of Laughlin (a pull-off on Davis Dam Road), with Ed Grimsley's team and viewed the skies through 3rd generation night vision. The main group from the conference was gone. After Ed himself headed back to the hotel, there were only four of us present: myself, Will Beckwith, and Maryland Investigators Dean Warsing Sr. and Jr. Between 9 and 10pm, something very strange appeared in the sky.

First off, here's how the sky looks when viewed through a 3rd generation night vision scope: 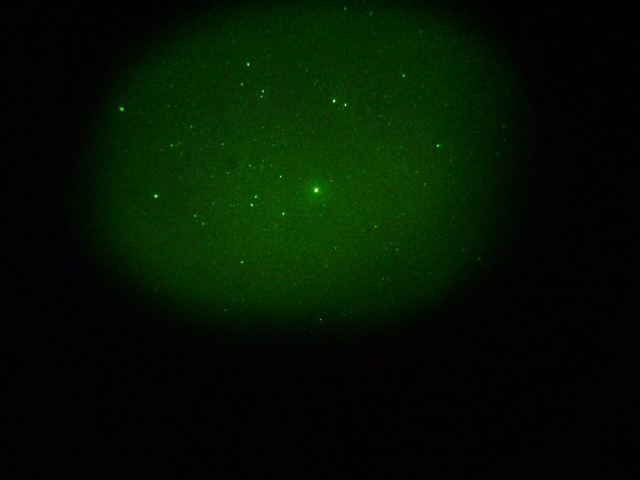 I was the first person to spot the bizarre UFO that parted the night sky, then Will and Dean Sr. saw it, too. It was an enormous v-shaped formation, probably too high to be conventional aircraft (since, according to Ed, at that time of night, in order for the sun to reflect and give us an IR signature, they would need to be nearly in space). The large formation, with a smaller one above it, was moving at a slow, steady pace--SE to NW, in the direction of Nellis Air Force Base.

The lines were so thin and cohesive, it looked almost like someone had taken a big pencil and drawn this in the sky. Since the main group had already gone back, we had no cameras available at the time, but here is a crude rendition of EXACTLY how it looked to my recollection: 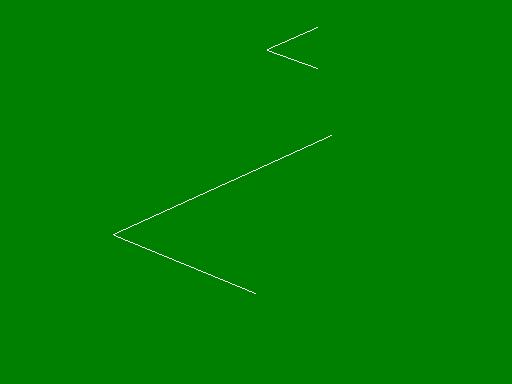 After seeing this, Ed said this is a perfect representation of what he's seen on many occassions over the years. He claims this is a formation of spacecraft guarding earth from attack that might come in from outer space.

Here's a photo of me with Ed Grimsley at the UFO Congress. 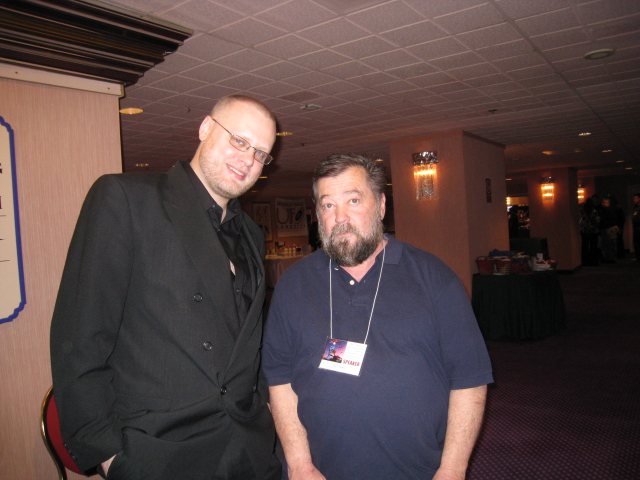 Here's a video I shot through Gen 3 Night Vision on Sunday, May 24, 2009, over Sedona, Arizona. Someone points a laser at the light that proceeds to move across the sky. Is this a satellite or something else?

Are you BROKE? Check out Warren's New Experiment: www.MoneyScienceWorks.com
HOME