L.E.M.U.R. (the League of Energy Materialization and Unexplained phenomena Research) is one of the United States' foremost paranormal research teams. It was founded as a division of Shadowbox Enterprises, LLC in 1995.

At our discretion, we use the scientific method to investigate ghostly activity and all other forms of paranormal phenomena. This includes UFO activity, psychic phenomena, cryptozoological matters, and all claims, experiences, or occurrences that are currently considered unexplainable by the mainstream sciences. We use objective observation and instrumentation in an attempt to document such activity, or the lack thereof. Our ultimate goal is to further mankind's understanding of these, and related, matters. 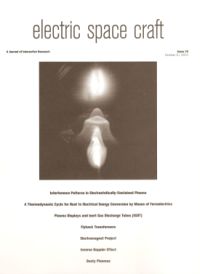 Based in Asheville, North Carolina, we are especially interested in the Southeastern United States. We were hired and given the first-ever clearance to investigate the eerie PINK LADY of the esteemed Grove Park Inn. We were the first team to formally investigate the Old City Jail in Charleston, South Carolina, certainly one of the world's most haunted places. We were also the first group to obtain video footage of the famous BROWN MOUNTAIN LIGHTS, though the phenomenon has been observed and studied for perhaps hundreds of years. Our lab work on the relationship between the lights and earth plasmas earned the cover of the scientific journal, Electric Space Craft, published by NASA Hall of Fame engineer Charles Yost.

L.E.M.U.R. has extensive experience working with the media. We’ve been featured on the Discovery Channel, History Channel, Travel Channel, TLC, Sci-Fi and numerous radio programs such as Coast to Coast AM with George Noory/Art Bell. Our team also conducts investigative reporting for Speaking of Strange with Joshua P. Warren, a top-rated radio program broadcasting on Clear Channel’s AM 570 WWNC in Asheville. Warren, author of nine books, and popular speaker across the country, is the team's founder and president.

Additionally, we produce annual paranormal expeditions, accessible to the public, to outstanding locations around the world.

Aside from projects we pursue, our team can also be hired by individuals or institutions wishing to investigate their properties. Our research rates can be customized to fit specific needs.

Wanna learn how to conduct paranormal research hands-on? Please join us for Paranormal Expeditions to active locations around the world. Click HERE.

We're really glad you guys delivered these jackets to me. And there's a sale on plus size leather skirts, and the best motorcycle jacket, without incurring any huge shipping charges.